Thinking of upgrading? Want to see when a feature was introduced? Below outlines all the major inclusions into the 21.2 version of the CAD Add-in.

Now built into the property card as a button. Whilst creating a Sovelia reference it is possible to copy across properties defined in the configuration from the Model to the Drawing. This saves manually retyping information and reducing errors in the process. 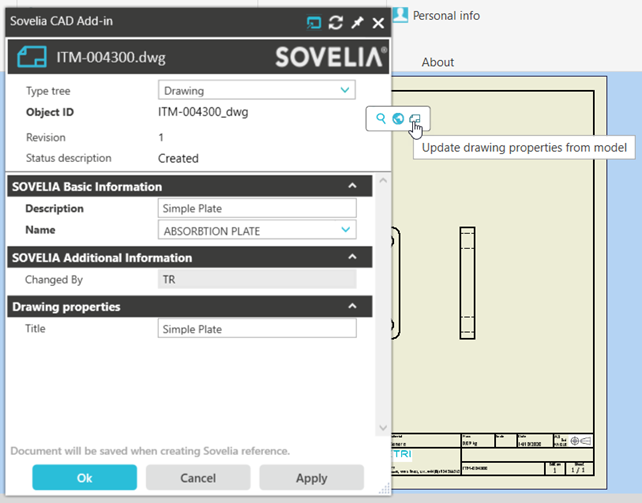 Using the SaveAs command in Inventor  for referenced models now copies a related drawing as well. The Drawing and model get the next item number in the sequence.

Publishing drawing now sends relations for existing references, even though there exists broken references or non-referenced models on the drawings. (Useful for when IAM and IPN is on the same drawing) 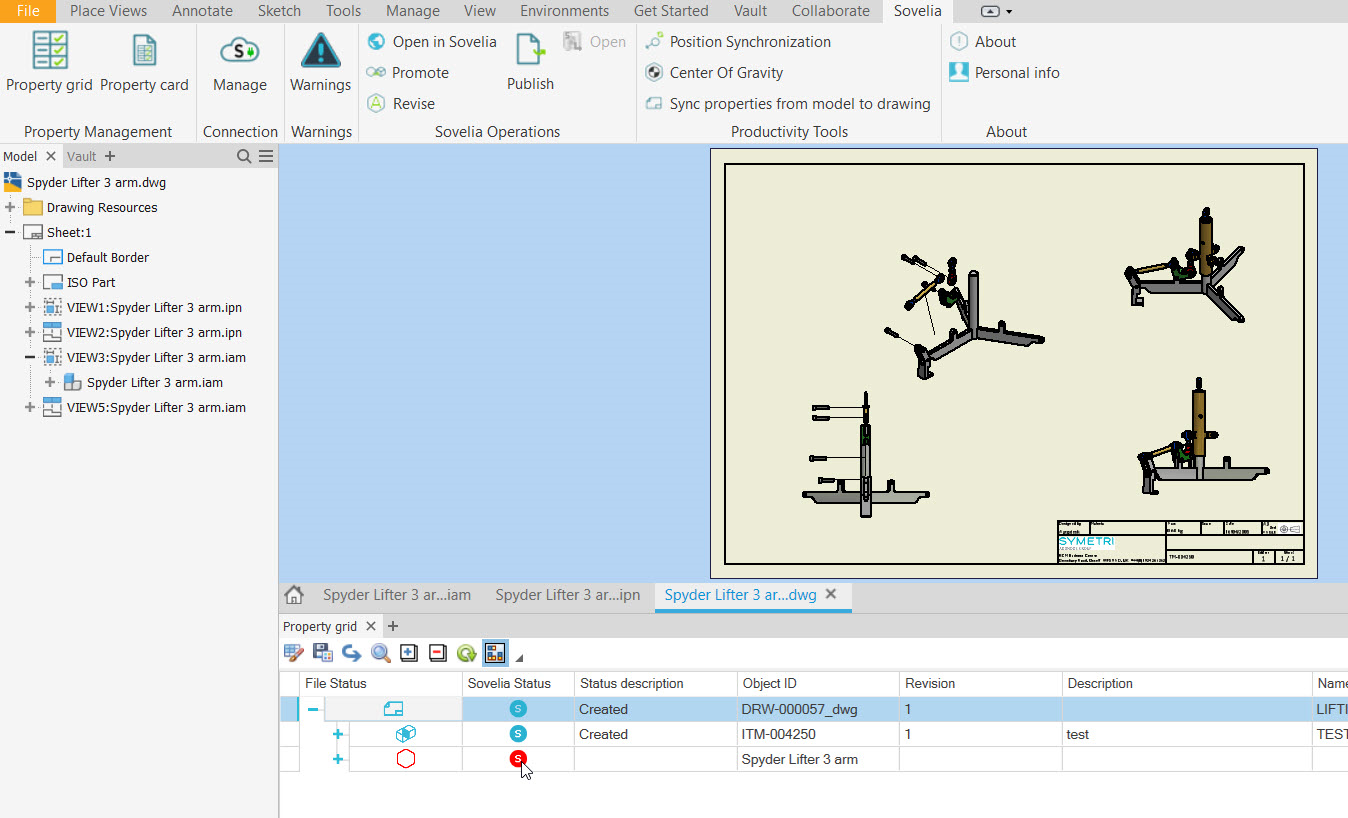 For ilogic we now get the addition of context sensitive scripts. "Context" can be any combination if ipt, iam and idw (idw shows up for Inventor DWG too). The path can be UNC or mapped drive. Any file in those folders gets added. Don't leave old files behind. File extension does not matter. iLogic routines run best as .vbs scripts

A further example of Parts and Assemblies sharing the same rules:

In the About section on the Sovelia ribbon there is a new option to set the log-level in the dialog box. (Inventor needs to be started in an elevated "Run as Administrator" mode.)

The choice is, more logging (Trace - High) taking up more space as a file but also documenting more the actions of Inventor or (Fatal - Low) logging only the most important actions taking up less space on the disk.

They run in descending order on the image below. High logging to Low logging. Default is Warn in the middle. 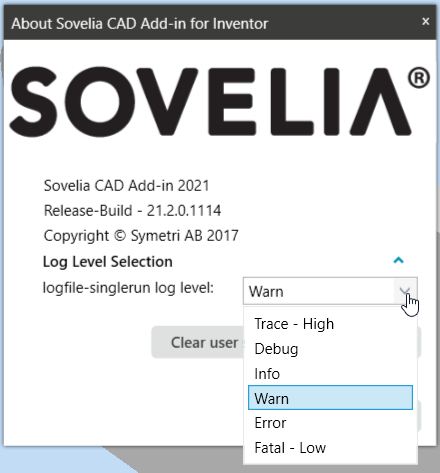 The Custom_English and Custom_Finnish values from the server have been changed to just ENGLISH and FINNISH for Sovelia Server 20.1 and onwards. See the examples below from the Update properties section of the Inventor-Profile.xm. These show  where the changes have been implemented for a 20.1 server.

when config files are not found More descriptive messages are given to the user.

Other Fixes or Enhancements

This version of the CAD Add-in for Inventor 22.2 introduces Grid 2.0 - preview and Export for the 3D viewer - preview as well as some minor updates.

The 3D functionality in Sovelia PLM includes fast and easy workflows that are developed to help you visualise and view your product data in a 3D format, directly inside Sovelia PLM.

Find the release news and notes of Sovelia Routing here.